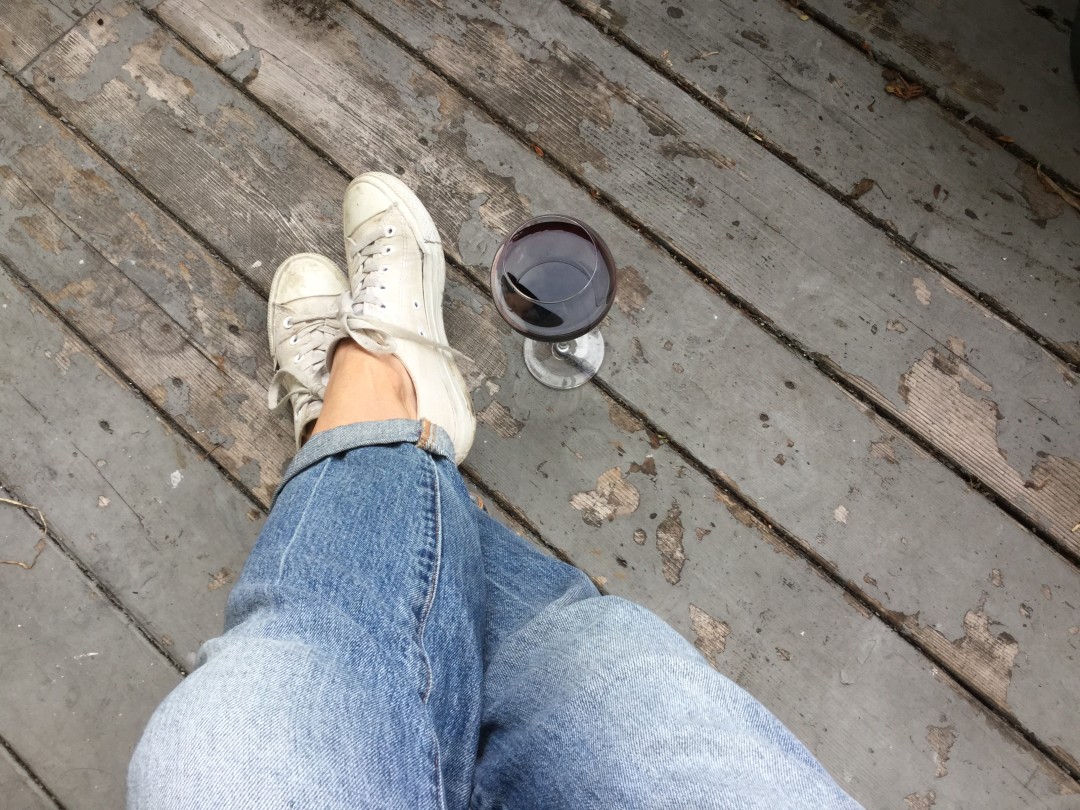 The only lines we need to erase are those drawn by the media.

I recently had a brow lift. In fact, I’ve had several over the years, none surgical. They occur naturally – and often – when my mother imparts wisdom.

Yesterday she said, “People are living longer,  you know.”

She also knows a lot about living. She’s been an Air Force officer, a medical social worker and a working Mom with four children. She traveled to Russia when Westerners weren’t welcomed and moved from one city to another 3,000 miles away at 91 years old.

So, though not illuminating, her point was accurate. People are living longer, some really living, especially women.

Women are living longer, but being killed off earlier.

Unfortunately, we’re being killed off earlier too. How many older women do you see gracing fashion magazines, TV and film? Oh – and by “older”, I mean women as young as 40 years old.

My Mom’s generation had gender challenges, but they were possible to overcome. Today, women are being faced with the impossible – we’re expected to fight age.

We’re bombarded with anti-aging serums, creams and injections. We’re advised to “get your first facelift by age 40”.  We can’t even eat butter without it causing wrinkles – well, presumably. The article with this revelation said that butter “increased the likelihood of a wrinkled appearance” – whatever that means.

I even recently read an article cautioning women on smiling too much.

According to the American Academy of Facial Plastic and Reconstructive Surgery,  214,268 women had Botox last year. Of them, a full 21% of the procedures were performed on those 34 years old and under.

Young women in their 20’s are being told to fight wrinkles before they begin. Essentially having to spend their youth preparing to fight age. Oh brother.

When People Magazine named 50-year old Sandra Bullock their “2015 Most Beautiful Woman”, I was thrilled – until I saw the cover. The photoshop alone took 50 years off her age.

Fashion magazines are filled with images of women, or rather girls, barely in their 20’s. This despite the fact that numerous brands are designed for affluent women over 40.  Sixty-six year old Miuccia Prada, one of fashion’s most powerful people, admits she’s not brave enough to use older models.

It takes courage to put an older woman on  a runway? Really?

She actually was quoted as saying that we need to find a solution to aging. I’ll tell you what Miuccia – there are two: self-acceptance or death. Both solve aging.

The Golden Age in Hollywood? Not likely.

The movie industry is no better. Notoriously poor at gender equality, it fails even more remarkably when it comes to older women. Leading men age, but their love interests don’t. When the thankfully forgettable, Six Days Seven Nights, came out in 1998, the big concern was around Anne Heche’s sexuality. The fact that Harrison Ford was 27 years older than her wasn’t even questioned.

Anne Hathaway recently told Glamour Magazine, “When I was in my early twenties, parts would be written for women in their fifties and I would get them. Now I’m in my early thirties and I’m like, ‘Why did that 24-year-old get that part?” I was that 24-year-old once. I can’t be upset about it, it’s the way things are.””

Actually, she can be upset about it. I know I am. I hope we can all get upset enough to create positive change.

I believe they also hurt men.

I write online dating profiles (it’s okay – I use all a client’s own words so that it’s an honest representation).  Because of this, I had a friend ask for help revising his singles ad. Apparently, his profile was attracting too many older women. When I questioned what he meant by older, he said “In their 50’s and 60’s”.

Ageism hurts our self-worth and perceived worth by others.

Don’t get me wrong – I have no issue with age gaps. I have an issue with ageism. Ageism hurts our self-worth and our perceived worth by others. I can’t help but wonder how many lonely men and women are out there and all because we have a skewed sense of what matters.

In addition, its insidiousness terrifies me when it comes to blurring the boundaries of safety and appropriateness between girls and men.

Anti-aging is vain attempt at the impossible.

Which brings me to this blog – it’s not meant to be militant. However, the posts won’t be complacent either.

A main purpose of the blog is to be vigilant about catching and reframing negative messages of all kinds to women of all ages. We have so many coming at us that we can become immune.  Aging is just one of many. It’s a scary one though.

For instance, the concept of “anti-aging”, though dangerous and outrageous, has – in just a few years – become a common mindset and part of our vernacular.

And, let’s be honest with ourselves, it’s not all the fault of the media. Somewhere along the line society started this. It’s within us to change it.

Other reasons for this blog are simple and positive. We can learn ways to maximize our great selves through health, beauty and fashion(take that Miuccia!).We can read about women (and men) who celebrate our worth. We can discuss the rewards (and challenges)  of our life stages.

If my Mom is any indication, I may be around for awhile, so I’d like a few laugh lines ahead.

I can’t say that I know exactly what this blog will be about. I know I want it to promote self-esteem in women of all ages. I also know that I’ll show particular fondness for older women, men and brands who do right by all of us. I encourage readers to provide suggestions and feedback. I also ask that you have patience as I find my way and figure out what’s relevant.