“If  Christopher Walken had sneezed just before I walked by him, I may have breathed in some of his saliva, which is kind of like a kiss”.

Christopher Walken is a cool dude. At 72 years of age, he’s no less cool now than he was 40 years ago. He’s so cool that he actually won six MTV awards for his mesmerizing choreography and dance routine in a Fat Boy Slim video – when he was pushing 60!

Since starting this blog, I’ve wondered if my own gender has an older, endlessly cool equivalent.

Are women anything but cool?

Oh good. Now I can stop worrying about that, sigh.

Finally I tried “today’s coolest women”, which lead me to cool women in science, cool women in the Silicon Valley and cool women according to British GQ mag, which came up with a list of interesting choices, many half-naked.

Still, I give them credit for listing Phoebe Philo, an over 40 British fashion designer who was listed among Time Magazine’s 100 most influential people in 2014. However accomplished though, I wasn’t convinced that she had Christopher Walken cool.

So I did more research on the subject of cool women. Mostly what I found sexy women, great women and powerful women. Cool women? Not so much.

American Cool is soooo not cool.

Then I landed on “American Cool“, an exhibition that took place last year at the National Portrait Gallery in Washington, DC.  It seems that out of the 100 coolest Americans ever, only 23 were women (soooo not cool). Then again, they didn’t include Christoper Walken either.

For the most part, I like who they chose for their paltry list of females: Lauren Bacall, Mae West, Billy Holiday, Joan Didion, Patti Smith, Debbie Harry and Susan Sarrandon among them – the latter four all alive, well and over 60.

I was surprised that Katharine Hepburn wasn’t on the list. She grew cooler and more intriguing with age – and she died in her 90’s.

Finally, after much research and reading, I realized something very cool – I don’t need a female equivalent of Christopher Walken, I have two: Wanda Jackson and Annie Lennox.

Wanda Jackson, otherwise known as the first lady of rockabilly. Wanda is in a number of “Halls of Fame”.  She’s the recipient of the Americana Lifetime Achievement Award. She’s had an alley named after her, as well as a street. She’s a legend with a career that spans over 60 years (how many female rockers can say that!).

She also took to the mike and belted out “Thunder on the mountain” just a few years ago, while in her mid-70s. Watch the video. You’ll love it. She has vitality, passion and, mostly, a good down-to-earth vibe about her.

That track comes off the album, The Party Ain’t Over, produced by Jack Black who, to my mind, is also pretty cool. In fact, that he celebrates talent over trend makes me think he’s even cooler (there’s  lot of cool going round n’est ce pas?).

Wanda, you’re an inspiration! Can’t wait for more from you.

Sixty-year old Annie Lennox, otherwise known as “the greatest white soul singer alive”, not to mention songwriter, political activist, gay icon, feminist and philanthropist who, in 2011, was appointed an Officer of the Order of the British Empire by Queen Elizabeth II.

This is only the half of it. Google her and make sure you have a few hours to read it all.

She’s also someone who, at last year’s Grammys and without even trying, usurped Hozier’s phenomenal rendition of Take Me To Church with her own mesmerizing performance of “I Put A Spell On You”. I had a friend at the Grammys who said Lennox put a spell on everyone.

Here’s the coolest thing of all.

There are countless remarkable women in the world, not to mention cool ones. That I found two  – who are also well over middle age – tells me they certainly exist, they just aren’t celebrated as much as their male counterparts.

So, the lesson to me (and maybe to you) is this: it would appear that Google search (hence, our culture) tends to view “cool” as a primarily a masculine trait. Yet, the more active we are at not accepting these predispositions, the more likely we are to discover their inaccuracy.

The benefit? We’ll feel better about ourselves. Men and women will value our gender more. The world will be a more balanced, positive and cool place to live.

If you like the blog, then like the Facebook page and stay up to date on new posts, as well as all relevant news. Also, feel free to contribute! If you have your own list of cool older women, then by all means please share! 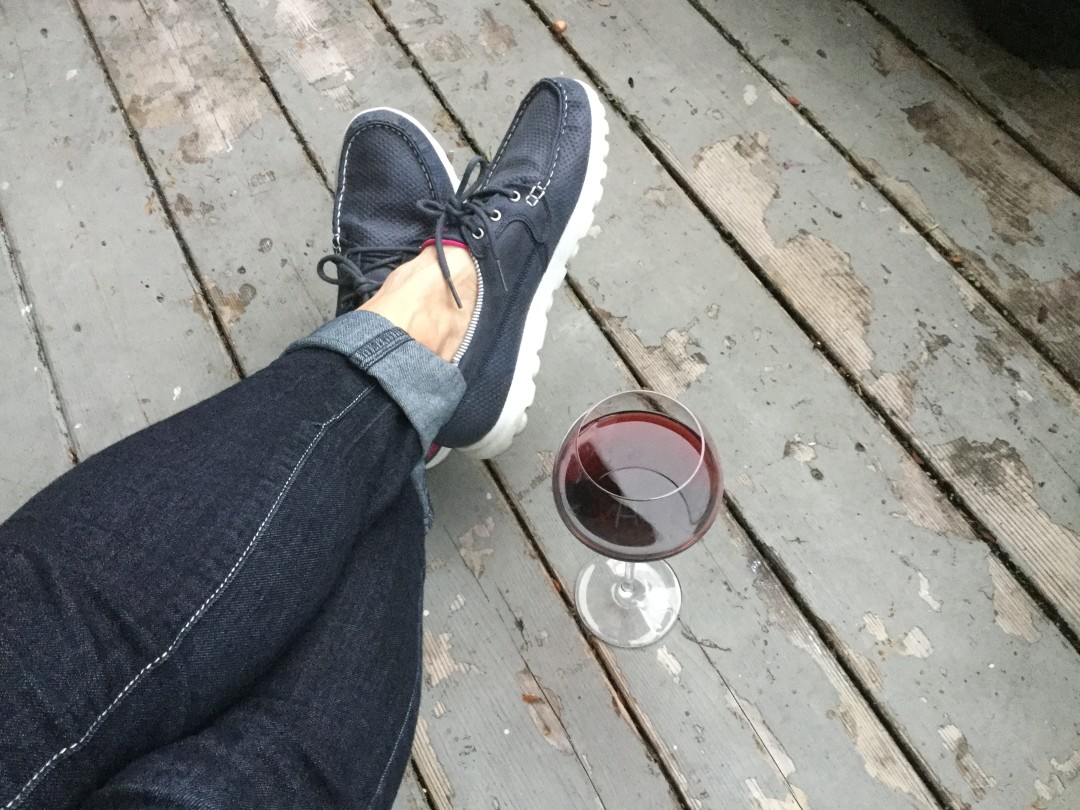 Does it have to be called aging?

Years ago, I was hired to write an ad for a downtown hotel. It was to run two weeks before Christmas. It was to promote discounts on daytime rentals rather than overnight stays. It was meant for shoppers who wanted to relax in a luxury room for a few hours between shopping trips at nearby malls.

Actually, that’s not true. the ad wasn’t for shoppers at all. It was  for office workers in the area having illicit affairs (I lived in a French city and there were A LOT of affairs!). Because affairs would be put “on hold” while companies closed for the holidays, the hotel owner estimated that daytime discounts would be ideal for couples looking for pre-break quickies.

So, with all that information in mind, I came up with an ad.

It featured a scantily-clad woman lounging on a bed, shopping bags strewn on the floor, and the silhouette of a gorgeous guy next to her. The headline was, “I told them I’d be shopping all day. Ho, ho, ho”. The copy suggested the rooms were a perfect escape whether you were spending the day shopping or treating yourself.

It was a funny ad filled with overtones. The owner loved it – except for one thing.

Could you say what I want it to say, but without actually saying it?, he asked.

Gerascophobia: the word for fear of …dare I say it?

I’ve since had variations of that same experience many times over. It happens when someone feels compelled to boldly go, but then worries about potential consequences.

So, they go from fierce to fearful.

Here’s why it was nearly “improved”.

I surveyed a couple of dozen women. All loved the idea of a blog that promoted the value of women – in all their stages and not just during their youth – and for reasons beyond  beauty.

In fact, many said it was time we stood up to ageism.

Conversely though, some of those same women didn’t like the word “aging” in the name or slogan.

Can you say aging without actually saying it?

Um…no. No I can’t. And here’s why – I’m not anti getting older. I’m anti “anti aging”. I’m against the expectation and insult that one must defy age.

The aging process: from fierce to fearful to fierce again.

The word isn’t the problem. Our concept of aging is. So much in fact that when I wanted to “boldly go” up against its negative stereotypes, I too fell into self-doubt. I too thought perhaps I should use different words. I too went from fierce to fearful.

Should I take a more positive approach, I wondered? Should I post photoshopped photos of older women living the dream and add headlines like “Sexy, successful and loving it?”.

Am I being too negative? Or, am I being negative about the negatives and therefore I’m being positive?

Thankfully, before I could lose my mind, I shared my fears with other women and what came back was a world of support. As one friend succinctly put it:

“I am so sick of the positive and strong over forty crap. Aging as a woman is hard. It can be empowering, frustrating, diminishing and fabulous. I applaud your attempt not to glorify it and celebrate all that is aging. Some parts are good. Others not so much. I like the honesty in your approach.”

That clinched it. Aging Gracefully I Am is the anti “anti-aging” blog. A double negative that makes it a positive. Rather than avoid the word, let’s face it,  use it and take away the negative hold it has on us and the society suffering from its prejudice.

I used to feel insecure about my age. I used to resent having to add it to my online dating profile. I used to be embarrassed to say what it is (except when the admission meant I’d get discounts…I’m nothing if not practical!).

I’ve had plenty of moments where I felt left out because, while I was enjoying the company of younger colleagues, I realized I wasn’t part of the club. It hurt.

I continue to have these moments, but they happen a lot less often. I’ve also realized that I’ve been part of the club more often than not. I’m blessed with friends, acquaintances, colleagues and influences of all ages.

What I find as I age, and as I experience ageism, is that my back gets up (and not in that smooth Downward Dog way that middle aged women strive for). I become just as outraged and defiant about ageism as I’ve been about fat shaming, gay marriage and “lol” getting a place in the Oxford dictionary (Ooops, sorry…writer’s rant).

This process, and its accompanying self-doubt, also taught me the value of having a community of women, young and old, who can share their experiences, perspectives and support especially when it comes to working together to create change.

Fact is, there’s no shame in aging (or getting older or becoming timeless or whatever synonym you’d prefer to use) unless you’re unhappy with  your life – and that’s a shame no matter how old you are.