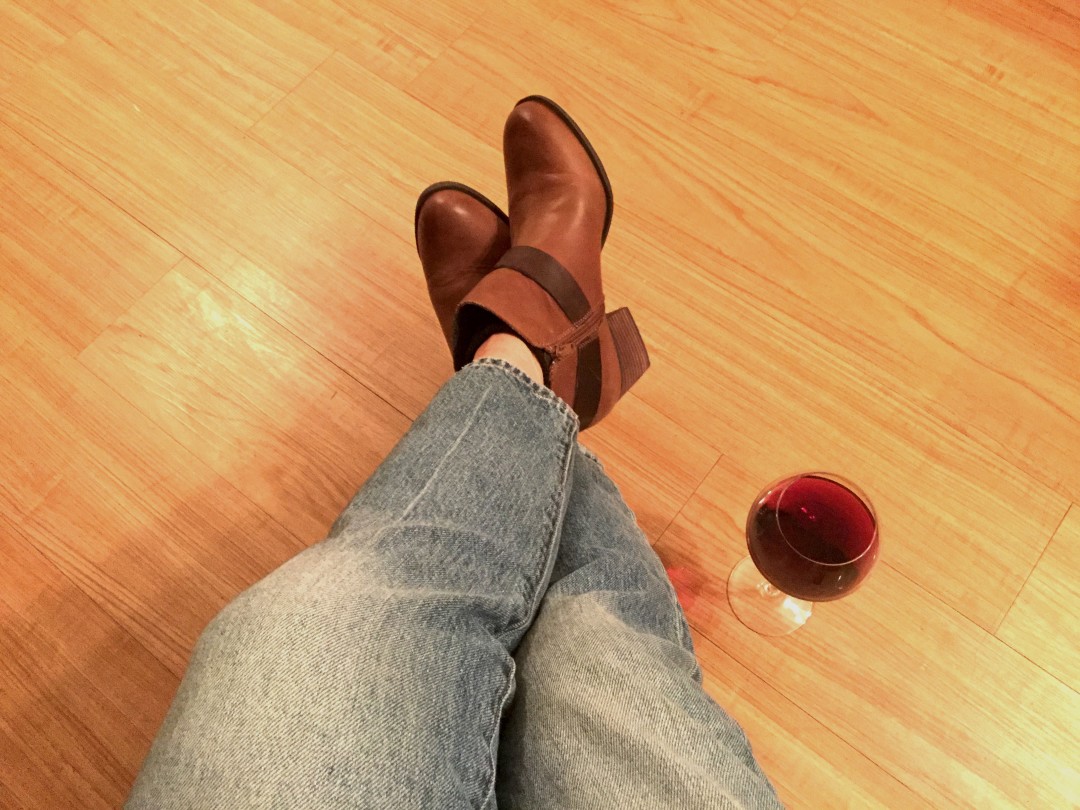 The other day, I was out with my 30-something friend. Julie. and lamented that I have middle-age spread.

Once  I described it, she redeemed herself briefly by saying, “Well, at least I know what muffin top is”. Then she added, “Because I remember you freaking out at yours”.

Case of the muffin top meltdown

It’s true. I did freak out and it was memorable. I was on my way to meet her that day when, passing a mirror on my way out, I noticed “something” hanging over the top of my pants. Obviously the pants were the problem. So I changed. As it happened, the pants I changed into were problematic as well. Three more pairs of pants and untold numbers of tops later, I realized my clothes were fine. The problem was that my muscles had fallen and couldn’t get up…ever.

I remember reading that aging was liberating. You became stronger, more sure. You swore more and said what was on your mind. You became more radical, less insecure and more vibrant. Firm skin was replaced by solid self-belief. You were mature and free.

Having had a lithe, athletic body my whole life, I didn’t feel liberated in the least. I felt pressured. I felt fat. I felt not ready. I was determined to get rid of that muffin top. Perhaps all those older liberated women had given up. Perhaps, in the words of Janis Joplin, they had “nothing left to lose”.

Me? I still had a youthful body to maintain. I was going exercise more, eat less and forego the wine.

It didn’t work. I’ve always been fairly disciplined with regard to exercise. I don’t eat meat. I hardly know how to cook. I’m not a huge fan of desserts. Nor do I drink a lot of wine (okay fine, but not enough to get fat on).

To add restrictions on an already pretty modest lifestyle in terms of indulgences was not the answer.

Instead, I gave up, but in a good way.

I began to accept. I began to look at myself, my lifestyle and my choices as a whole.

Rather than fuss over my wrinkles, softening skin, extra weight and my tiresome vanity, I took complete stock of myself. I looked at my heart, my talents, my spirit, my courage and my intellect, and then began to measure myself by my standards. I realized that I’m kinda “all that”, you know?

It also occurred to me that I’d never, but ever, include anyone in my circle if they critiqued me over signs of aging.

Somewhere between my muffin top meltdown and expanding waistline, I realized I didn’t have to fight to maintain my youth. In fact, there was nothing I had to fight for. It’s not that freedom’s just another word for nothing left to lose. Freedom’s another word for realizing you have everything you need.